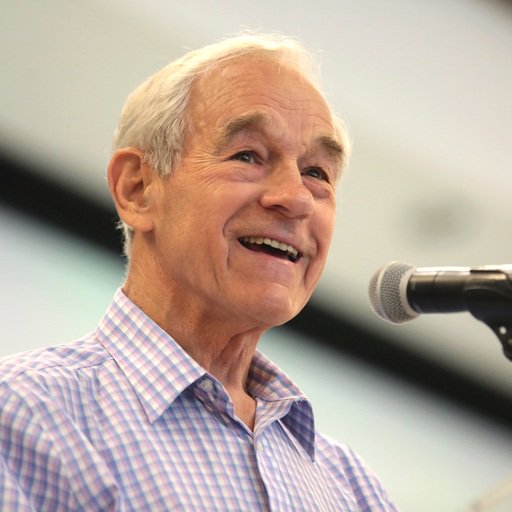 It might seem odd at first glance. How could a person elected as a Republican be considered an influence on a different political party? The answer is pretty simple, a man who was a Libertarian at heart realized the need to share his ideas on a different platform. Thus the popularity and the growth of the Libertarian party thanks to the effort of Dr. Ron Paul.

Some still might make a distasteful face, after all- if you believe in something should you not do all you can to represent it? Well, we can all agree that third parties have long been ignored by media outlets. to the point that most people did not know third parties existed until 2008. And we can also agree that the Libertarian Party was not well known until the rise of Ron Paul. He did more than any other person to bring the ideas of the LP into the mainstream political debate. This can be debated because membership in the Libertarian Party was higher in the early 2000’s but recognition of the party and its ideals did not become widespread until Dr. Paul popularized the platform.

That is quite probably why his message was the most censored by the mainstream media. While he was running as a Republican his message was quite clearly Libertarian. And let us be clear- that is the biggest threat to the two party system there can be. There was a well noted bias that the media had against Ron Paul. Over and over, despite his popularity. The media would give as little coverage of Ron Paul as they could.

While Dr. Paul did not win in his bid to become the Republican candidate for President. His campaign left behind a growing awareness the neither the Republican party nor the Democratic party was not a good fit for many people across the nation. Suddenly the discussion of Libertarian ideas was no longer just for small groups of intellectuals. People across the nation were beginning to ask themselves “Do we really need to keep growing our government?” Or as became more and more popular “Do we need to keep going to war thousands of miles away from our country?”

Yet as the future was later to show even this message has been downplayed by some of those currently in the Libertarian Party. There is a growing number of individuals who refer to Ron Paul’s ideals as “paleoconservatism”. The reason being that while he does promote fiscal responsibility and limited government, he does not have a rabidly progressive view on social issues.

And that really seems to be the issue with most people in the LP who want to shoot down Dr. Ron Paul. He is not a champion of social justice. Rather than realize that many of his ideas would promote social justice over time. They want a program that does so instantly, and often by force or government coercion. Instant fixes for a problem seldom leads to a good overall solution. Yet this lack of social correctness seems to have led many new members of the Libertarian Party to a certain level of disrespect -or even outright hatred of Dr. Paul.

Yet we have to wonder why Dr.Ron Paul was made a lifetime member of the Libertarian Party. If they do not consider him to be libertarian. Then why would they give him this honor? It reminds me of the Republican party’s attitude toward Ron Paul in 2012, yes he is a Republican but we want to ignore that , almost as if just in politics in general. There is a desire to distance themselves from Ron Paul.

It is hard to tell where this seeming hatred of Dr. Paul comes from. Could it be from the many recent left leaning members of the Libertarian Party who joined after the previous election cycle? This would be a good guess as many of those who favor the left since as I mentioned before Ron Paul is not a champion of social issues. And as those who lean towards the left are apt to do, they immediately set to  work on destroying those who do not support their ideology.

While allowing membership to those who lean toward the left is not really a bad idea by a party that is looking to expand. It does show the obvious problems of allowing those who mostly do not share an ideology with the party but are included just because they need new members. There are small groups such as the Libertarian Socialists that are in the party, and the idea of “rent is theft” somehow has been presented. I personally believe that these were people who were rightfully angered about how the Democrat party used every trick they could to ensure that Bernie Sanders did not win their nomination.

The issue of the support or demonization or Ron Paul presents a clear example of a party looking to expand but not having a clearly defined set of ideals for what makes their party unique. While the Libertarian party platform can be found here it does not really include any advice on this one way or another.

We can all agree that Ron Paul has certainly held many Libertarian ideals. Regardless of if you choose to believe if he is at heart a Libertarian or not, it is obvious that he has done more to help and promote the party than just about anyone else. Not only that but he is still a major reason people are drawn to the party years after he has left office.

And that,my friends, is the Uncensored Truth.