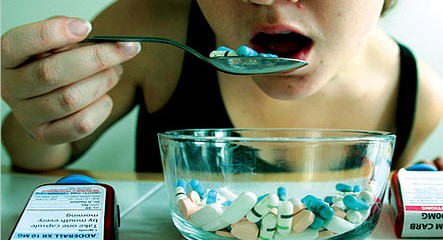 We are told to think that the massive amounts of medication we give to our children are safe. We are told that the medications are for the benefit of the children. We are told this is all necessary in order for kids to get along and conform in our schools. This has been ongoing for the last two decades and the only social benefit we have seen has been….mass shootings?

The idea behind this idea is this report that states 1 in 660 children develop psychosis.while being treated for ADHD This might not seem to be very alarming until you realize that according to the Huffington Post this equals 4.85 million children taking these drugs . In other words 73.484 children currently in our school systems can and may be psychotic and be a very real danger to other children.73 thousand kids that could be suffering from psychosis- a very real ticking time bomb, but we wonder what could be the growing problem in the United States. Yet major media nor the medical industry will mention this…….it has to be because we have too many guns and we need to outlaw them.

The reason for this is because major media does not want to actually solve a problem. Stories sell when problems arise, not when they are solved. It is far easier (and much more polarizing) to call for things like gun control. Things that will solve nothing, but keep the viewers at each others throats and tuning in for more. It is far more important to keep viewers ignorant rather than informed for the sake of ratings.

Now that we have covered part of the reason as to why the media will not inform the public of the threat of prescribing children dangerous medication. Lets look at why the pharmaceutical industry does not try and do more to protect our children. The answer as you will see, is rather obvious.

It is not a very hard question to answer. ADHD medication brings companies 13 billion yearly in sales. Not only are more children being diagnosed with ADHD, but  the group which determines what constitutes an ADHD diagnosis (The American Psychiatric Association) receives 30 percent of its funding from pharmaceutical companies. It is not hard to understand how money and profit are worth far more than the safety and health of your children. Nor is it hard to understand why the threshold for diagnosing a child with ADHD has lowered over the years.

Now let us get back to why the media, which is supposed to keep people informed. Are trying to keep you in the dark about this.  Pharmaceutical companies buy millions in advertising on cable news networks. All but ensuring that no network would dare to speak ill of those companies for fear of losing millions in revenue. Not even our trusted media is immune to keeping people in the dark about potential danger in favor of the almighty dollar. They will do all they can to try and keep you ignorant of this reality, but it is the way news networks work. Profits over the truth, unless the truth might sell better.

And that is the point of this entire article. Money really is a much bigger factor as to why you are being kept ignorant of this. People claim all the time the the medical community would not promote profits over patient health. Yet in many cases drug manufacturers often bribe doctors to promote their products to patients. Yet people still turn a blind eye when this happens. The fallacy that doctors are there to heal you, rather than keep you sick to increase profits still holds even to this day. This is all part of the illusion to keep most people in the dark about profits VS. actual healthcare.

Educate yourself, educate others. You never can trust anyone else to not put the almighty dollar as something far more important than your child . While you should certainly strongly consider any advice your doctor gives you regarding your children. Remember it is you who are ultimately responsible for their health and well being, and no one else. The media is certainly not going to inform the public if one of their biggest forms of revenue is in the wrong so you cannot trust them to do the thinking for you.

While I focused on the effects of these drugs on children, the same effects can be noted for adults who are prescribed these medications as well. The side effects are very dangerous and effect a much larger number of people than the media will tell us. It is these side effects from many of these drugs that we see as the major problems of many people today. But instead of bringing them to light the medical and media industry will tell you some other reason for their actions.

A blind trust in major media is neither intelligent or very self reliant. Always look deeper into any information mainstream media provides you. The truth is-if the media can sell you a better fictional narrative, they will do so. Telling you that your kids are at risk by the medial industry just does not make financial sense. Likewise when the medical industry makes billions of dollars by selling the medications, you should at the very least question their motives behind pushing drugs on your children.

And that,my friends is The Uncensored Truth.