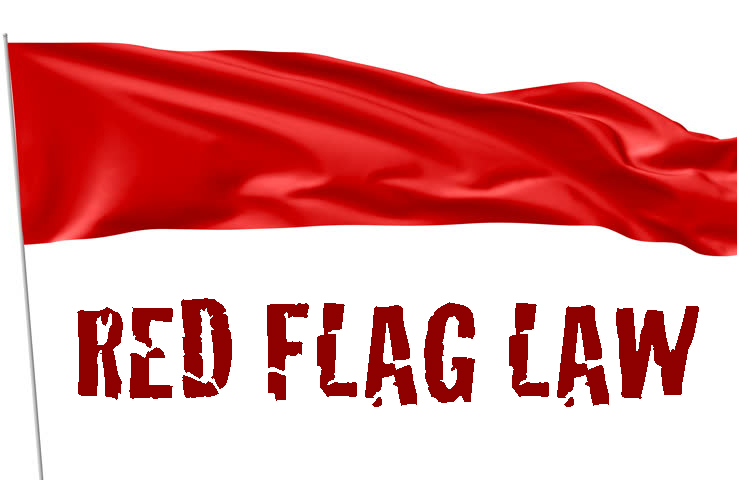 It seems like a wonderful idea. Call the police and report someone you think might go out and shoot someone. While there has been no evidence of a person being saved by this law, there has already been a person, who did nothing wrong, killed by this law.

61 year old Gary Willis was killed while police served a warrant to confiscate his weapons. The police came to his door early in the morning, Mr. Willis answered his door holding a pistol, which any person might do when there are people banging on your front door at a time when people have no business in doing so. Initially, he put down his gun at the officers’ request. When police informed him they were seizing his weapons, Mr. Willis tried to reclaim his weapon. While an officer tried to struggle with him, the gun accidentally discharged, hitting no one. The other officer then drew his sidearm, and killed Mr. Willis.

To date, Maryland has served 114 warrants to remove guns in just one month. This number is expected to grow by a large margin within a year. And these are the results in just one state. Thus far, there are 13 states that have enacted red flag legislation; most do not share the statistics for how many warrants they have acted upon. The only other statistic that has been released is from Seattle, in which 43 guns have been seized from 28 warrants. There have been no reported deaths from the seizing of these weapons.

The criteria for what allows a state to seize weapons varies by the state. In some, you have to have made a threat toward someone in order to have your weapons seized. In others, if there is suspicion of a mental health issue (such as thoughts of suicide), this is enough for police to come to your door and take your weapons from you. In others, it is just the idea that a person decides to report you who feels as if you could be a threat to others.

It is exactly this kind of ambiguity in the scope of this law that is a real problem for American citizens. Some of these criteria are at least reasonable reasons for concern (i.e. making direct threats against a person or organization). However, the fact remains that whenever you get the government involved, you give them an inch and they will take ten miles. They will then claim that the next one-hundred miles are also theirs to control, should they feel like it.

In all of the cases that have been reported, the judges presiding over these cases have allowed every warrant to proceed. This is because if a judge did not allow a seizure to proceed and the person actually did harm someone else, they know that the media would be all over them, calling for that judge’s removal. This means that as long as we continue to allow the media to dictate how we think and feel, no person, once accused, will have their 2nd amendment right protected.

Once the weapons are seized, it varies from state to state as to how long your weapons will be kept from you. In some it can be as short as 72 hours, while in others it can be 21-32 days. This is only to determine if a judge feels you should be allowed to get your weapons back. After the mandatory waiting period, a hearing is determined to decide whether you are a threat to yourself and/or to others. If the judge rules against the person, then the process is started again, until it has been deemed “safe” for a citizen to be allowed to regain their weapons.

The fact remains that in most states where the red flag law exists, it is very easy to petition for a person to be stripped of their second amendment right . It is also not an easy process for that right be be restored. Yet the red flag law has been presented as a safeguard against people who MIGHT be a danger. When in fact it is an arbitrary feel good measure that has plenty of drawbacks. But as usual most people are meant to be kept ignorant of the facts and instead herded into thinking that the law helps all of us.

And that my friends is the Uncensored Truth, thank you for reading.