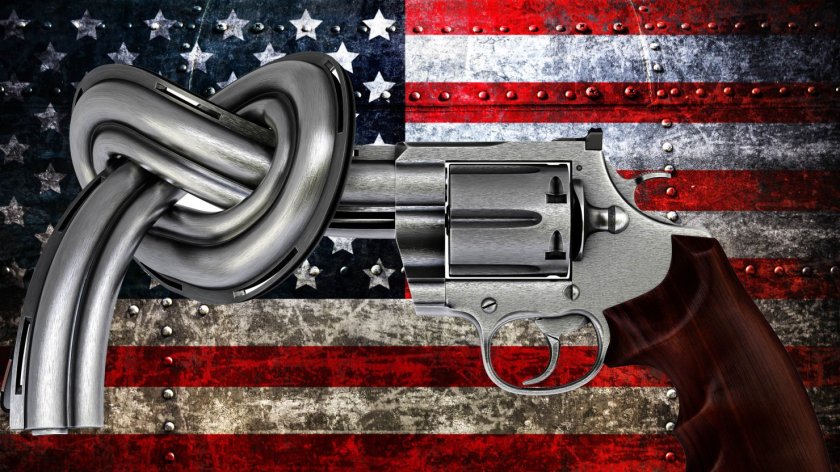 You have seen many mass shootings popularized in the media. Day after day, more and more information about that particular horrific occurrence is placed on your TV or media feed and you think that these events are the norm in the United States rather than the exception. And of course these are grossly exaggerated anytime an election looms.

The fact is that since 1993 the number of gun related murders and gun violence in general has significantly decreased.Yet major media would have you think that murders and crime are at an all time high. That is far from the truth. But the truth does not matter to the liberal media which tries to use any tragedy they can to scare citizens into demanding more gun control.

Sadly after another tragedy this time in Pittsburgh, Pennsylvania 11 people were killed by another mentally ill individual. Calls by the president for unity were met with accusations that he supports white nationalists and of course, the liberals calling for stricter gun control. Another incident happened in California at at the Borderline Bar, Where a former marine armed with a handgun and smoke grenades killing 12 in an attack that has been said to have no motivation other than possible mental illness.

The idea used was that it is too easy for a person who wants to kill people to get a gun. However in the case of the Pittsburgh shooting, the killer  had legally purchased his weapons well before this shooting.  Nothing in what is being proposed would have prevented this tragedy. The same is the case for the California shooting, in which the handgun was perfectly legal, the clip which was used was already illegal. So why are these new rules, which would have accomplished nothing, being proposed?

Because gun control has nothing to do with stopping criminals, it has everything to do with making sure average citizens cannot resist if the government gets out of hand. I love when people scoff at this idea, yet look currently at how liberals are calling to resist the government of Donald Trump, at times even calling for violent revolution. Yet how are they going to achieve this revolution if they keep giving away their means of accomplishing it?

Sadly this is an example of people trying to trade security for the sake of safety without thinking about it. The second amendment was never about hunting as some media outlets would like us to believe, It was meant to be the last control over our government if they got out of hand. It was also meant as a way to protect our country if our military failed in defending it. You will always read others claiming that this is not the case, that is also part of the brainwashing from the media telling you that you need to have the guns that they approve of.

For years mainstream media has used almost every mass tragedy as a means of pushing for further gun control, or even outright confiscation.The media will even outright lie when measures allowing gun confiscation are enacted. The reason is simple, it is easier to lie to people about what a law is and then confiscate when people have no choice because the law has been passed, than it is to tell the truth and face the immediate backlash which might result in the law not being passed.

The truth is that mass shootings are the exception rather than the norm in our country. While major media may try and confuse us, the numbers simply do not support the idea that we are in constant danger of being killed in a mass shooting. Yet you will feel like if you walk out your door tomorrow you will be shot dead, at least if you tune into mainstream media.

The reason for this is that the media knows it is easier for you to do what they want if you are constantly in fear. So they create fear at every opportunity to keep you malleable to their desires. Fear is the easiest means to control the masses. It causes most people to not think and just react, so if people can live in a constant state of fear they can be made to do things they would not normally do. Such as give up their second amendment rights.

While it certainly is questionable that the media reports the truth about many of these mass shootings (look at Parkland and Las Vegas). There is no doubt that these events will be used to further their agenda of trying to convince the populace to give up their rights in order to feel safe. Once you give up your rights you will never get them back. Think about that.