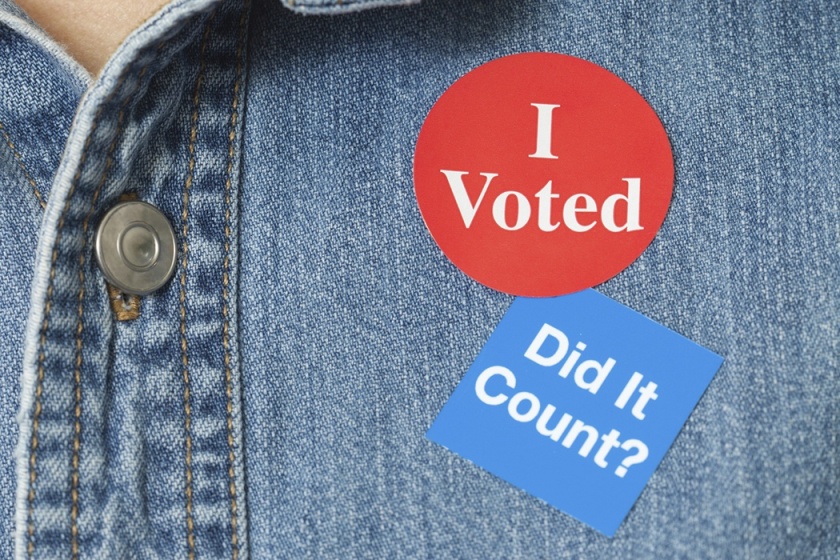 It seems that around election time that this issue starts to come up. But when it does, it comes with a vengeance. The media floods the news feeds with stories that groups are looking to stuff the ballot with dead or illegal voters. Or that the voters are not going to have their votes counted to favor a particular party.

So which are we to believe? One side, the other, or both? If it is both which is worse? These are good questions and I will try and shed some light on each to help you decide. I will apologize in advance to the readers who might find that this article does not conform to their preconceived ideas about this subject.

I will start with the idea that the ballot is stuffed with dead or illegal voters. While there have been reports that there were at least 45,000 illegal votes cast in the 2016 elections, and this number could be higher, there does not seem to be a case of this favoring either party. One could assume most of these people voted republican or democrat, but there really is not much evidence either way. A more alarming report claims that there are 3.5 million registered voters than there are actual living adults, this mentions that in many counties across the country there have been more registered voters than people actually alive in those counties. While cause for concern, there is not much evidence either way that this swayed contests in favor of either political party. While I am sure people will believe what they want as to who is behind it, there is no actual proof.

As for the idea that voter suppression is being used to change the vote lets see what we have. There is a complaint from Tennessee that claims voter suppression but really has no numbers or real evidence behind it. There are confirmed reports of ballots being refused in Georgia. Statewide this has resulted in roughly 1500 ballots being refused. A much more alarming example is Georgia’s “exact match” law. Which could affect 53,000 voters. While it could affect these voters there are ways for their votes to still be counted, but it will certainly result in at least part of these votes not being counted. This is just the result in one state, so it is not hard to extrapolate that with 50 states this could possibly equal 2.5 million people, it could be more , it could be less.

While cases could be made for one political party doing more of one and less of the other there really is no way to prove anything as far as who is benefiting. It really depends on the political slant of your news source to try and convince you of that. While both of these issues do need to be addressed and fixed where they can be fixed, I really think there are more reasons than just people are trying to steal votes for their party.

What I really do think people should be concerned with is the easy switching of votes that can be accomplished with electronic voting machines. The problem with these machines is they are easy to hack into and exploit. In fact children as young as seven have shown they can hack into these machines and change the result. This could have a much bigger effect than any sort of voter fraud or voter suppression, especially in states with no paper backup, and therefore no proof a vote was cast for who it was intended for. Some states have begun using a form of paper ballot to help them keep track of votes, most states still have not. The fact that we cannot confirm who our votes are actually going to should terrify every American. And it is almost impossible to detect if your vote has been tampered with. This in my opinion is the biggest threat to our voting process.

And that my friends is the Uncensored Truth, thank you for reading.