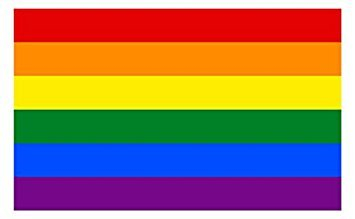 Gay rights. We can all agree with the idea that just because you are gay, you should not have your rights violated. However, the desire to keep pushing LBGT issues into almost everything in our lives is not nearly the same.

You see this in television, sports, and just about anywhere there is a decent amount of people tuning in that there has to be some showing of someone who is gay. This is supposed to promote acceptance, which is something the gay community already has. Remember, acceptance means that you can agree you have the right to live your lifestyle, but it does not mean that people have to be in favor or it. However, people are often demonized if they publicly express a distaste for a gay lifestyle.

So, why is it that while the days of people being beaten or killed on a regular basis are well behind us, the LBGT agenda is being pushed at us constantly? And, more importantly, why is it being pushed on our children at almost every level? Kids these days are being educated about the gay lifestyle in what is called “diversity training” in public schools. Often this is done with or without the consent of the parents. In some cases, it is being taught as early as children in elementary school.

The simple reason for this is to cause sexuality and gender confusion at an early age, all in an effort to reduce the overall population of the world. The more confused children are about their sexuality, the less likely they are to reproduce. Regardless of the reasoning, it is well known that in many modern countries the fertility rate has dropped below the 2.1 children born per woman threshold, which is considered the amount of replacement a nation needs to maintain a stable population. Examples include Europe and Japan where the fertility rates are below 2 percent, with the United States also recently falling below the level to keep a stable population. One of the more alarming statistics is in Japan which has a current population of 127 million, it is predicted that by 2050 the population will be 100 million.

Most tranhumanists also support population control. As they strive to develop technology to live longer, the desire is for less people to consume resources. They closely identify with people that consider themselves transgender. This is due to the idea that many transhumanists are pushing the idea of society becoming genderless. In this way, they can limit the population by the use of artificial wombs. Since people no longer identify as male or female, natural reproduction ceases, leaving them in control of the birth rate. When control of who has children and who does not is achieved, then you pretty much can control any person who wants to have a child. So far as they are concerned, confusing children over sexuality and lowering the birth rate is a step in the right direction for transhumanists.

Now, of course this is not the only reason why I think fertility rates are at an all time low. But it certainly is playing a major role in it. There is no reason why when only 4% of the population identifies as gay that their lifestyle needs to be pushed as far as it has. And it is not just schools where this is being pushed on children, there are multiple public libraries that are hosting drag queen story hours for your children. Some people would tell you that this is being done to help prevent the kind of bigotry and violence we had seen toward the LGBT community from the 1960’s until the early 90’s. And that is a noble reason; however, yet again we see the agenda being pushed far beyond what would be necessary to accomplish that.

And therein lies the problem. While some are pushing the LBGT agenda for population control, others push it out of a well-founded fear of what has happened in the past. This is why when people rightly speak out against the pushing of the agenda, they can be demonized for “persecuting” those who really are doing this due to their fear. It makes it easy for those pushing the agenda to continue population control to hide as well as giving them an easy weapon to demonize those who would oppose them.

As I mentioned before, aside from schools and libraries, the agenda is being pushed in many other ways. One of the most notable is in the majority of child-watched cartoons called anime. While being LGBT only represents a small portion of the overall population in these “cartoons”, they make up a large percentage of the main characters. Usually this number is equal to 25 to upwards of 60 percent of the characters in any particular show. There is also a push to include more homosexual characters in comic books, another large market for children.

And why is this being marketed to children? As we are told, the reason this is taught to children is because if they learn at a young age, they may be less inclined to be prejudiced. Which sounds like a great idea, right? However, as we well know, anything that is marketed to children is usually something the kids either want to be or do, and this is why we no longer allow cigarettes to be marketed to kids; kids will be confused about health, and more will smoke. Well, pushing the LGBT agenda confuses kids about sexuality, and leads to more deciding to adopt a gay lifestyle, whether they have the genetic predisposition for it or not. This is a great bonus for those pushing population control. Because if you can convince a person to become gay at a young age, you effectively remove them from ever reproducing.

Don’t believe me? Well, here is a survey that claims in high schools 8 percent of students claim to be gay, which is DOUBLE the average. In some states, such as Massachusetts, it was reported to be as high as 15 percent. Now, while the agenda also tries to promote the idea that being gay is not a choice, how else do you explain this? The answer is simple: it is a choice that they are making, and children are the most impressionable people to market to.

The idea that it is not a choice is to keep you from understanding what is going on, after all if being gay is something that kids are born with, how could promoting being gay possibly affect them? Not a question should be asked about the increase in children identifying as gay because they are “born” that way. While I am certain a small percentage of people are born with a disposition to be gay, there would not be an increase in the amount of people claiming they are gay, unless it is by their own choice…and it being influenced by people promoting the gay agenda to your children.

And that my friends is The Uncensored Truth. Thank you for reading.