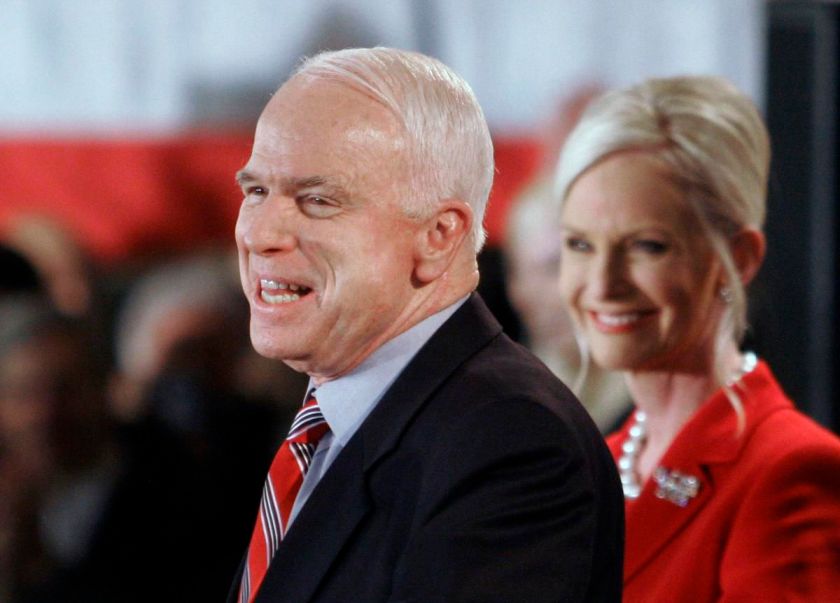 Arizona Senator John McCain passed away on August 25, 2018 After a long battle with brain cancer. He had served as a Congressman from 1982-1987 and in the Senate from 1987 until his passing. He ran president in the Republican primaries in 2000 but lost to George Bush Jr. In 2008 he ran as the Republican candidate for president, losing to Barrack Obama.

The late Senator has been described by his friends and colleagues as a war hero, a maverick and a distinguished statesman. Throughout the day many past and present politicians have been commenting their praise of the late Senator and have reflected on their time working with him. It is clear he will be missed by many people, especially his family and close friends.

In memory of John McCain I would like to provide a list of his many wonderful achievements.

And now I would like to share the accomplishments of John McCain that were not so wonderful.

He was a veteran of the Vietnam war, during that time he was captured and made an anti-U.S. confession, there are some who say this was due to torture, some say it was because he was collaborating with the Vietnamese. However as a Senator for some reason he fought to make sure information about missing Vietnam veterans was suppressed. Many veterans have expressed their extreme anger about this act. There have been rumors about a fire that he might have caused on the USS Forrestal but these cannot be confirmed.

His first wife remained loyal to him while waiting for his return from Vietnam but was injured in a car accident during that time.  She was confined to a wheelchair due to her injuries. When McCain returned he recovered from his injuries and soon after started an affair with a woman 18 years his junior, he left his first wife and married his new wife one month later.

He opposed the creation of Martin Luther King Jr. day.

During his time as a Senator he went from being skeptical of military engagements such as Lebanon and actions in Somalia to endorsing the Iraq war and supporting the action in Bosnia. He has also openly called for strikes on North Korea and Iran.

He likes to pose with our enemies you can tell when you look at the pictures of Senator McCain posing for a picture with men who later kidnapped 11 people in Syria and were believed to be terrorists.

Shorty after McCain strongly supported the arming of rebels in Syria to fight the Assad regime. Most of these rebels turned out to be ISIS terrorists and the weapons he strongly supported giving them were used to start the rapid spread of ISIS in the Middle East, which of course he then supported sending in more troops to fight them as well. He was also a strong supporter of striking Libya to help the rebels there. He also went to visit them in 2011 in an effort to garner support for the rebels.

He was a strong supporter in arming and helping these rebels to fight the established government of Gadaffi. Many of the arms and troops that were in Libya ended up in the middle east to fight for ISIS (you might notice a pattern here).

He has been outspoken in his desire to increase budget spending, pushing our country further into debt. He has voted in favor of raising our debt ceiling many times.

I could continue to go on about John McCain but I really do not want to waste any more time thinking about him. While I will not celebrate his passing, I shall most certainly not mourn his death.